If you want to discover other parts of the South West of England beyond Bath and Bristol, then consider booking your tour through Bath Parade Guides. All our guides hold the coveted Blue Badge qualification for South West England – that’s the counties of Wiltshire, Gloucestershire, Somerset, Dorset, Devon and Cornwall, plus the city of Bristol. Our guides can make visits to major sights such as Stonehenge so much more enjoyable and meaningful, and they will also provide enlightening and entertaining commentary as you travel through the scenic countryside, towns and villages.

Below are a sample of the guided tours we can offer for coach groups and for private travel in a chauffeured vehicle, but the choice is almost limitless.

This deeply-rural county is known for its apple orchards, cider and Cheddar cheese. It is also home to to the world-famous music extravaganza that is Glastonbury Festival, and is steeped in legend and history.

These suggested tours begin and end in Bath. 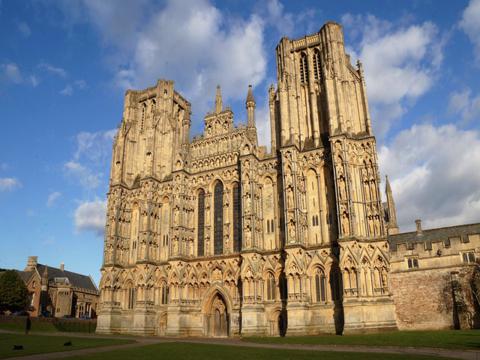 Wells is the smallest city in England. We will guide you around its sublime Gothic cathedral, home to the world’s second-oldest working clock, introduce you to the moated Bishop’s Palace and show you the Vicar’s Close, the country’s oldest continuously inhabited street.

It’s an hour’s drive from Bath to Wells over the rolling green hills of north Somerset, with views over the flat Somerset Levels and Glastonbury Tor visible in the distance. 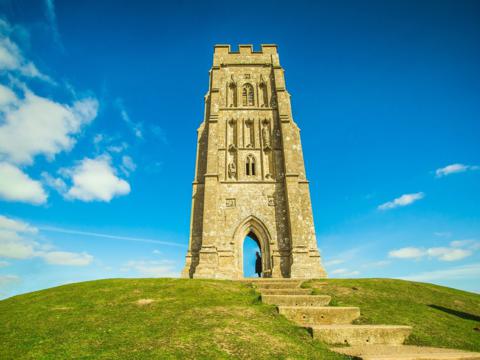 Glastonbury is the fabled Isle of Avalon and land of King Arthur. We can tour the impressive ruins of Glastonbury Abbey, claimed as the last resting place of Arthur, climb to the top of the Tor (you need to be fit!), visit the beautiful gardens of the Chalice Well where legend says the Holy Grail is hidden, and browse the town’s New Age shops.

On the hour-and-a-bit drive from Bath you will pass Worthy Farm, site of the famous Glastonbury Festival. 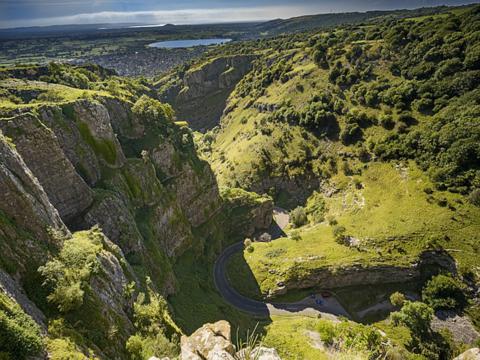 With a full day tour you will have time to explore the stunning Mendip Hills, a designated Area of Outstanding Natural Beauty. You will visit the beautiful cathedral city of Wells with its moated Bishop’s Palace before travelling on to the ancient town of Glastonbury, set within the mystical Vale of Avalon, and presided over by the iconic Glastonbury Tor.

On the journey back you pass through the town of Cheddar, famous for its cheese and caves, and the awe-inspiring Cheddar Gorge.

Highlights include world-famous prehistoric sights set in a landscape of high chalk downland, along with picture-perfect villages and Salisbury, an ancient city with a remarkable cathedral.

These proposed tours are round trips from Bath. Other combinations are possible – for example Lacock with Stonehenge. We can also take you to the stately homes and grounds of Longleat and Stourhead. 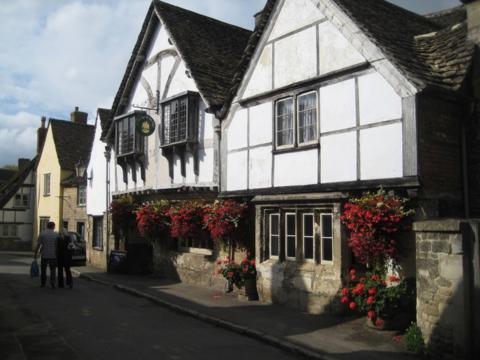 On this tour we will show you around two of England’s prettiest, time-stood-still villages, both lying within a half-hour drive of Bath. Castle Combe is an idyllic honey-stone gem nestled in a valley by the Bybrook River. The village of Lacock and its ancient abbey (the birthplace of photography) are owned by the National Trust.

Many period films and TV dramas have been shot here – the abbey’s cloisters served as Hogwarts in two Harry Potter films. 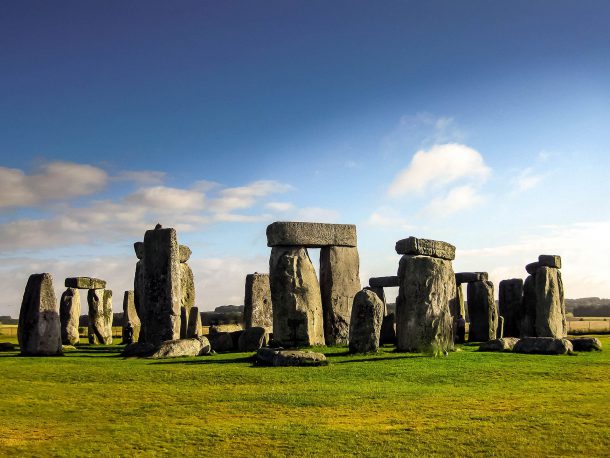 Let our expert guides show you around the world’s most famous prehistoric site and shed light on its facts, mysteries and myths. Learn about where the stones came from, how they align with the midsummer and midwinter solstices, and the many other Neolithic and Bronze Age remains in the surrounding landscape, such as burial mounds and earthwork enclosures.

Set on the sweeping open downland of Salisbury plain, the stone circle is about an hour’s drive from Bath. 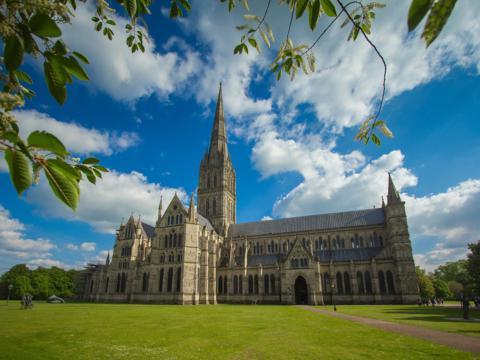 Stonehenge and Salisbury combine well on a day’s outing as they are just 20 minutes’ drive apart. After a guided tour around Stonehenge, you’ll tour Salisbury’s cathedral. Highlights include the highest spire in the UK, the country’s largest cathedral close and one of the four remaining copies of the Magna Carta to peruse.

There will also be time for a guided walk around the city’s medieval streets and maybe lunch in an ancient pub. 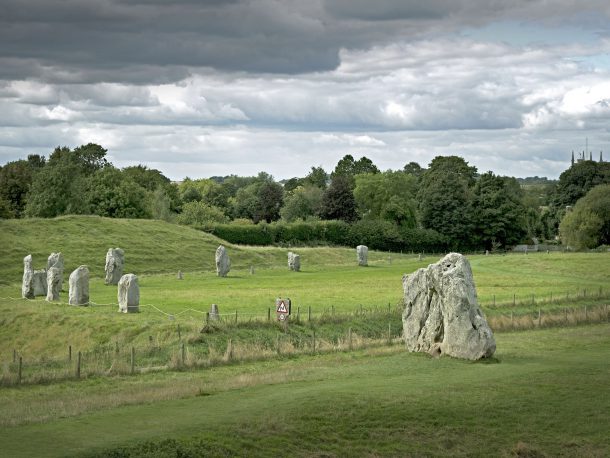 A tour for lovers of prehistory. As well as visiting Stonehenge, you will be guided around Avebury. Its stone circle is the largest of its kind in Britain and encloses a pretty village, and unlike at Stonehenge you can walk among the stones.

On the tour we also drive past Silbury Hill, the oldest man-made mound in Europe. 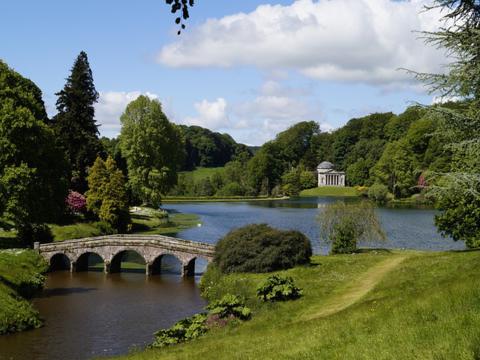 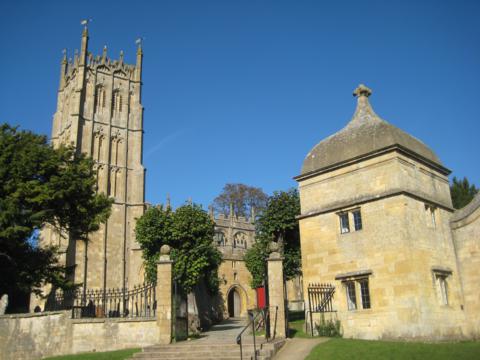 The tours below start and finish in Bath, which lies just beyond the southern fringes of the Cotswolds. Many other options are possible. 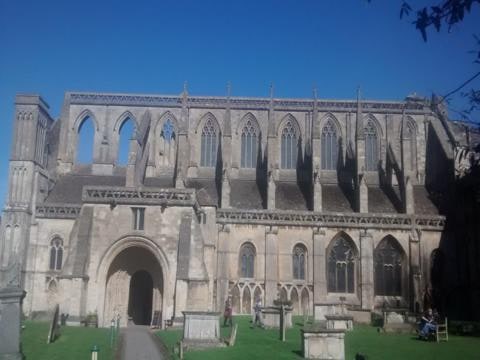 You head to the market town of Tetbury, with time to take in the historic Market Hall, and pop into the Prince of Wales’ Highgrove Shop.

Then it’s on to Malmesbury – the unspoiled town is England’s oldest borough and has a wonderful 12th-century abbey – and, time permitting, a quick stop in Castle Combe, often voted England’s prettiest village and used as a film location in a number of films including War Horse. 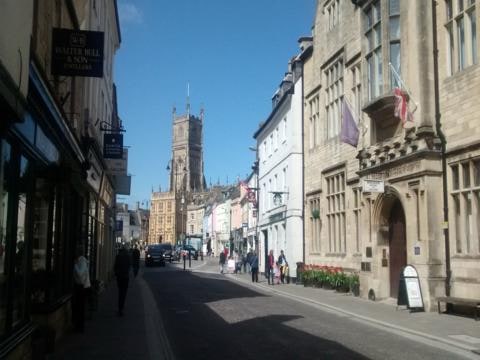 First stop Tetbury, then to Cirencester – one of the most important Roman towns, with a splendid “wool” church – and on to quaint Stow-on-the-Wold.

After lunch you continue through lovely countryside to Broadway, with its wide main street and excellent shops, then drop down off the Cotswolds Escarpment to the elegant Regency town of Cheltenham, before heading back to Bath. 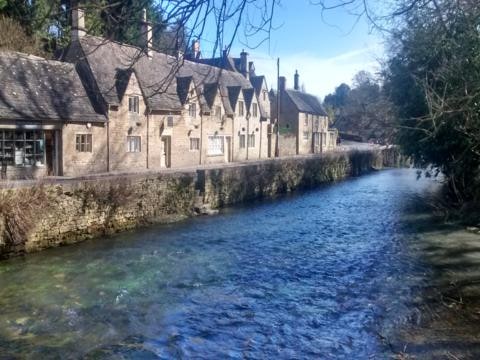 Via Tetbury to Cirencester, then to Bibury, to admire the photogenic weavers’ cottages in Arlington Row and tranquil trout stream. Burford, with golden stone houses tumbling down the hill to the river and splendid church, makes an ideal lunch stop.

Then it’s not far on to Bourton-on-the-Water. With its pretty stone bridges, it’s called the “Venice of the Cotswolds”.

These three western counties hold some of the most stunning and varied scenery anywhere in Britain. They are too far for easy day trips from our base in Bath, but if you are interested in a longer trip, please get in touch.

In Dorset, you can visit and walk along dramatic sections of the Jurassic Coast – a World Heritage Site – and visit places immortalised in Thomas Hardy’s Wessex. Abbeys, castles, seaside resorts and thatched cottages are also in plentiful supply.

Devon has it all – from the wild moorland of Dartmoor to spectacular coastlines, quaint villages, the maritime city of Plymouth with its links to the Pilgrim Fathers, and legendary cream teas!

Down in the far west in Cornwall, rugged cliffs, cute fishing villages, glorious gardens, the arty hotspot of St Ives, Tintagel with its Arthurian associations, and the fascinating remnants of tin mining (think the BBC’s recent Poldark series) all await.