Bath is a compact city rich in history and famed for its elegance and incomparable architecture. Our expert Blue Badge guides live and breathe the city, and they will make sure that however much time you have, you’ll get the most out of your visit without feeling hurried.

We’ve outlined some of our most popular Bath tours below, but we can tailor-make tours to suit your needs, and offer tours in languages other than English.

A city made for pleasure

For thousands of years the city’s ever-flowing hot springs and its baths have attracted visitors, from the legendary Prince Bladud to the Romans, the great and the good of the 18th century, and present-day tourists – all eager to experience the supposed healing effects of the waters.

Using the local, honey-coloured stone, Georgian architects created the loveliest urban streets In England, along with stylish squares and iconic crescents. These unique facets, along with Bath’s superb location, in a bowl surrounded by seven green hills, have gained it UNESCO World Heritage status.

One and two-hour guided walking and coach tours of Bath 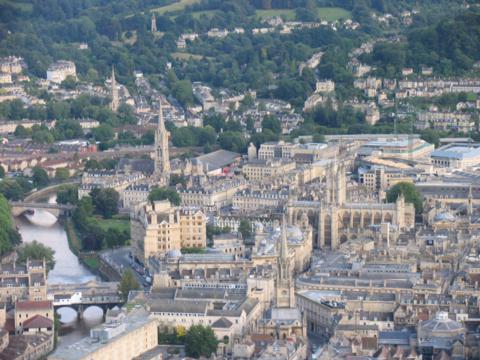 This is our classic, introductory walking tour of the city. Typically it includes: Bath Abbey (exterior only), the last great church to be built in the Middle Ages; the spa area, where Bath’s Celtic past meets the snazzy 21st-century Thermae Bath Spa; the Georgian wonders of the Royal Crescent and circular Circus; the Assembly Rooms and Pump Room (exteriors only), focal points of social life in Georgian times; and photogenic Pulteney Bridge. You’ll learn about key figures from Bath’s past such as Beau Nash, the city’s Master of Ceremonies, and William Oliver, inventor of the famous Bath Oliver biscuit.

Tours can be shortened to around 90 minutes on request, and tailored to include clients’ special interests – for example focusing chiefly on architecture, art or literature. 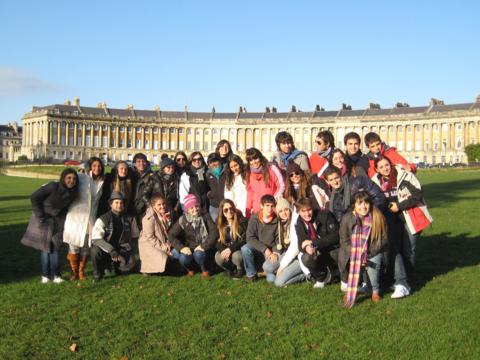 One and two-hour coach tours of Bath

If your group has very limited time, we can offer a guided coach tour around the city that takes in such highlights as Queen Square (where Bath’s ground-breaking 18th-century town plan really began), the iconic Royal Crescent with its 30 townhouses and a wonderful example of Georgian architecture at its best (with time for a quick photo stop), Great Pulteney Street (the most impressive in the city) and Pulteney Bridge, designed by Robert Adam and inspired by the Ponte Vecchio in Florence.

If time permits, the tour can be extended to include some of the wonderful vistas across the city from the southern side, and a longer stop at the Royal Crescent, possibly with a walk across to The Circus and the Assembly Rooms. 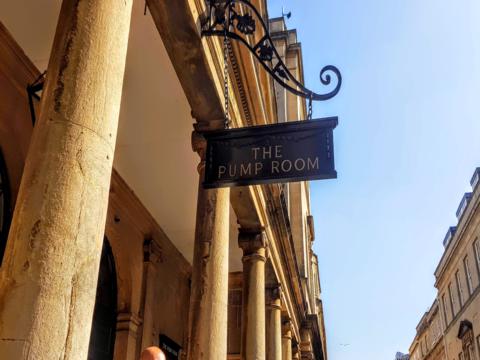 Jane Austen spent five years in Bath, and the flourishing spa resort and high society hotspot became a setting for two of her timeless novels – Northanger Abbey and Persuasion. She remains widely beloved today around the world, and thousands flock to Bath’s annual Jane Austen festival in September to be a part of her world.

You can follow in her footsteps, visiting the Royal Crescent, Gravel Walk, Queen Square, the Theatre Royal, Assembly Rooms and other places that inspired her imagination, and pausing by some of the places in the city where she lived.

“Oh! Who can ever be tired of Bath?” asked the heroine of Northanger Abbey, and you will see why! 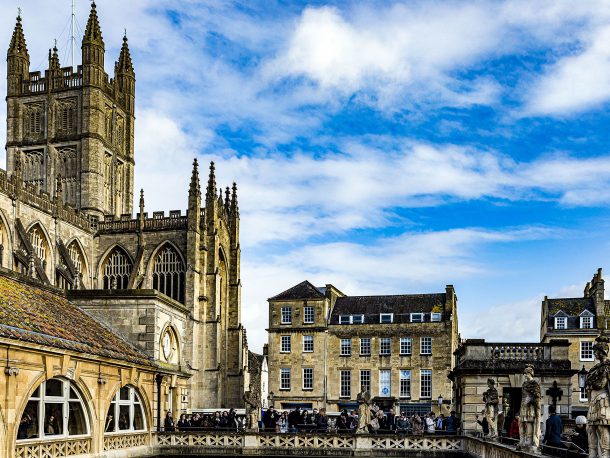 The two-hour introductory walking tour (see above) can be combined with your pre-arranged visits to some of the city’s major attractions. These include: the Roman Baths, where you will be able to enjoy the unique experience of life in the city during the Roman occupation; No.1 Royal Crescent, which has been decorated and furnished as the house would have been in the 18th century; and the Assembly Rooms, with its grandiose ballroom and tea room, and the internationally acclaimed Costume Museum.

For those with a particular interest in Jane Austen, a visit to the Jane Austen Centre is well worth a visit. 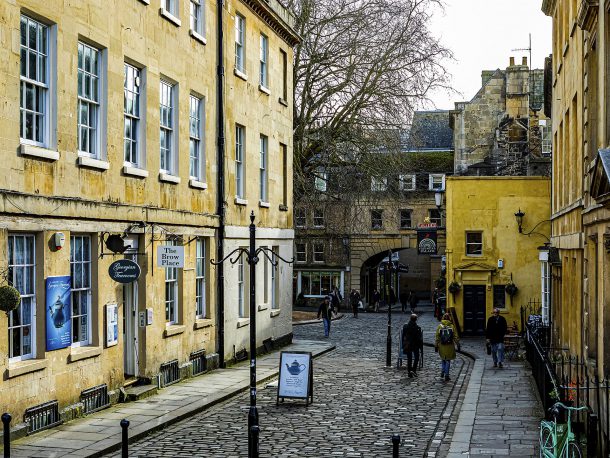 With a half day, you have time not only to explore the city centre but also to cross the River Avon and parade along grandiose Great Pulteney Street to Sydney Gardens – elaborate pleasure gardens in Georgian times – and the Holburne Museum art gallery.

Alternatively, you could take a tour of the elegant crescents that grace the hilly northern slopes of Bath. For Jane Austen devotees, we can extend the city centre walk with an accompanied visit to the informative Jane Austen Centre, or a climb up to Beechen Cliff, which features in Northanger Abbey. 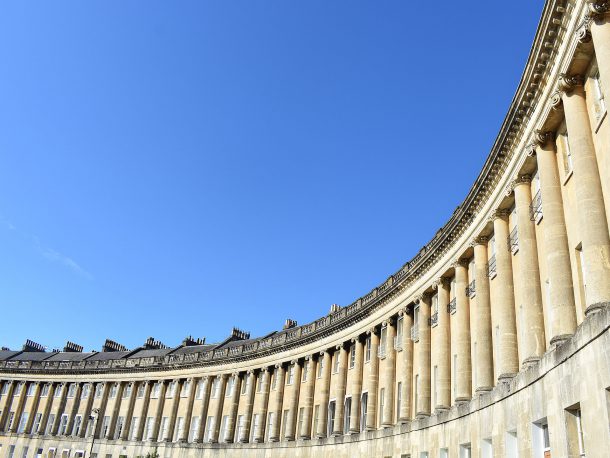 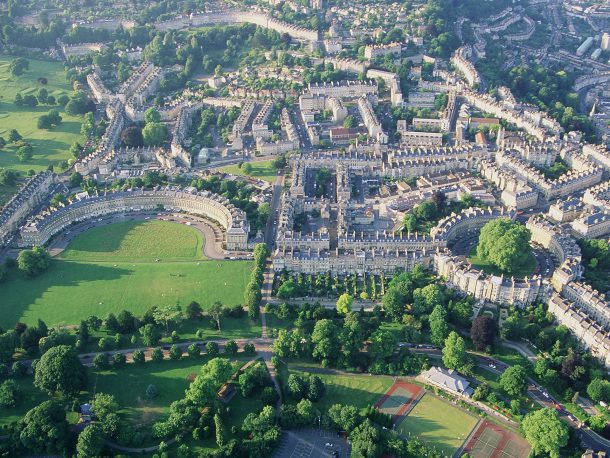 You’ll have time to take an extensive guided walking tour of the city, maybe including lesser-visited Georgian crescents like Lansdown Crescent, with sheep grazing in front, or along Great Pulteney Street, Bath’s grandest thoroughfare. You’ll also be able to visit the Roman Baths, Bath Abbey, the Assembly Rooms and world-class Fashion Museum, and the Jane Austen Centre.

Your guide will structure your day carefully to avoid unnecessary toing and froing. 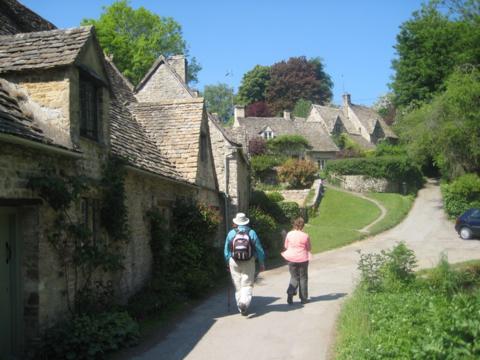 Half-day tours of Bath can be neatly combined with a visit to nearby attractions such as the American Museum, the finest collection of Americana outside the United States in a manor overlooking the scenic Limply Stoke Valley, or Dyrham Park with its Baroque mansion and deer park.

Other excursions that combine well with time in Bath include idyllic southern Cotswolds villages such as Castle Combe, the National Trust’s time-stood-still Lacock, and Stonehenge. 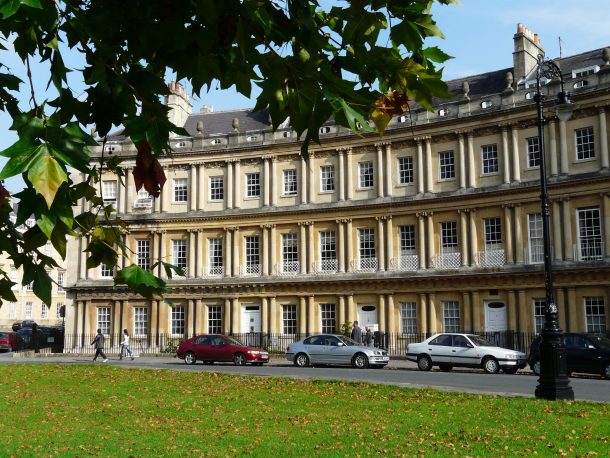